Once again La Lorraine Bakery Group has chosen to invest in logistical technology developed and supplied by Pcdata. The partnership between the bakery group and Pcdata started decades ago, during which period a majority of the six production sites have seen their Put to Light displays and other components replaced. The outstanding level of cooperation between them has everything to do with the constructive attitude of Pcdata, clarifies Dirk van Ruymbeke, group operations manager at La Lorraine. “Together we look for the best solutions for the retail industry.”

Every day, La Lorraine Bakery group delivers freshly baked bread and pastry products to supermarket chains all over Belgium, including Delhaize, Carrefour and Match. The family enterprise has six production plants from which customers are supplied directly. For its retail distribution, La Lorraine has relied on the systems of Pcdata ever since the beginning of the nineties. “The systems enable us to make 2,300 deliveries every day”, explains Dirk van Ruymbeke.

Part of the systems have recently been replaced and expanded. One of the main reasons for doing this was the group’s acquisition of the production facilities of Le Bon Grain in Morlanwelz, which was then in a state of liquidation. Van Ruymbeke: “The factory was added to our group in December 2015 and was our sixth production plant. The plant also relied on Pcdata technology for retail distribution, but the systems were outdated.” 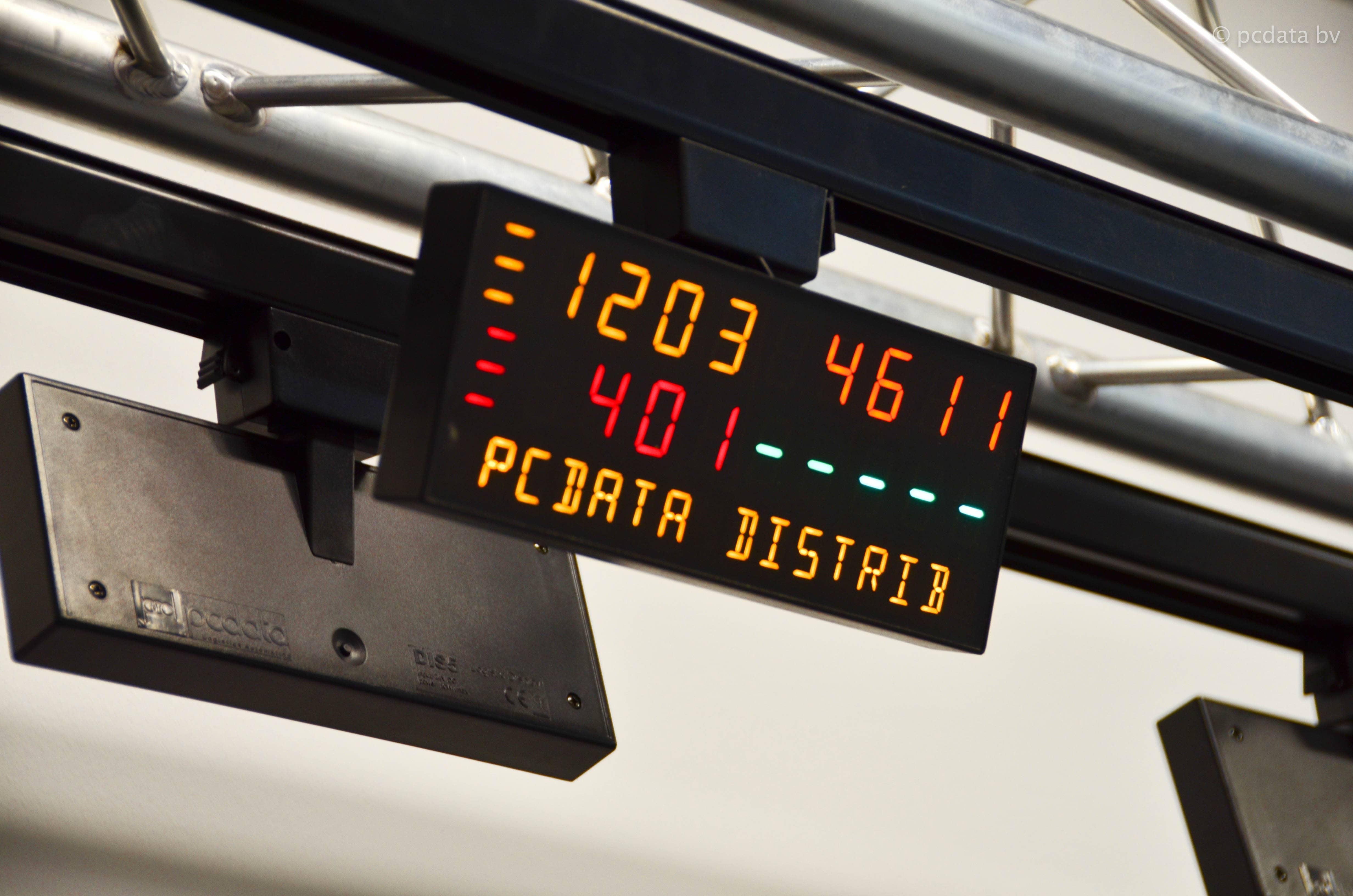 La Lorraine also had its Put to Light displays replaced at other production plants. The old displays had simply reached the end of their lifespans. “The new generation of Put to Light displays offer significantly more information, and their quality and stability has improved even more”, states Van Ruymbeke, adding that their cooperation with Pcdata was never a point of discussion. “The retail distribution system is fully integrated with SAP and performs extremely well. There was no reason whatsoever for us to look for alternative solutions.

The inevitability of continuing with Pcdata is the excellent relationship La Lorraine has always enjoyed with them, an example of which is when Pcdata provided help and support after the group’s plant in Ninove was ravaged by serious fire. “We had to set up a new distribution hall with new Put to Light displays within a very short period of time. We could not have done that without the response and organisation of Pcdata”, Van Ruymbeke recalls.

Van Ruymbeke emphasises the speed of the system and its accuracy. “We deliver fresh products that are produced in daytime, in the evening and at night. As soon as the products are made, we face the challenge of distributing them among our customers. The Pcdata Distrib warehouse management system plays a vital role in this process, in that it enables fully automised distribution management. Even when we unexpectedly come up short in products, the system divides the shortfall on the basis of algorithms and customer parameters.

The system offers the possibility to upscale almost immediately, which is only one of its advantages. “We normally deploy one distributor per distribution line, but the multicolour displays also enable us to deploy several other distributors, each processing a different product. And if we need less distribution locations on quieter days, Distrib calculates which locations are best suitable. This allows us to use our space more efficiently and reduce the distances for our distributors.

In setting up and organising retail distribution processes, Pcdata is always there to think along. “Together we look for the best solutions.” How should the distribution lines be laid out? Where do we instal the work stations and displays? Pcdata has a team of highly experienced professionals capable of providing valuable constructive input”, says Van Ruymbeke.

Together with Pcdata, La Lorraine is investigating ways in which to further improve its distribution processes in the future. “We have already invested in a printer for labelling crates that contain finished products. This helps the drivers to identify the crates during loading and unloading. We are also considering smart glass solutions for specific processes, which might prove to be profitable for us at some point in the future.

If you want to know if Put to Light would be suitable for your warehouse, please feel free to contact us!